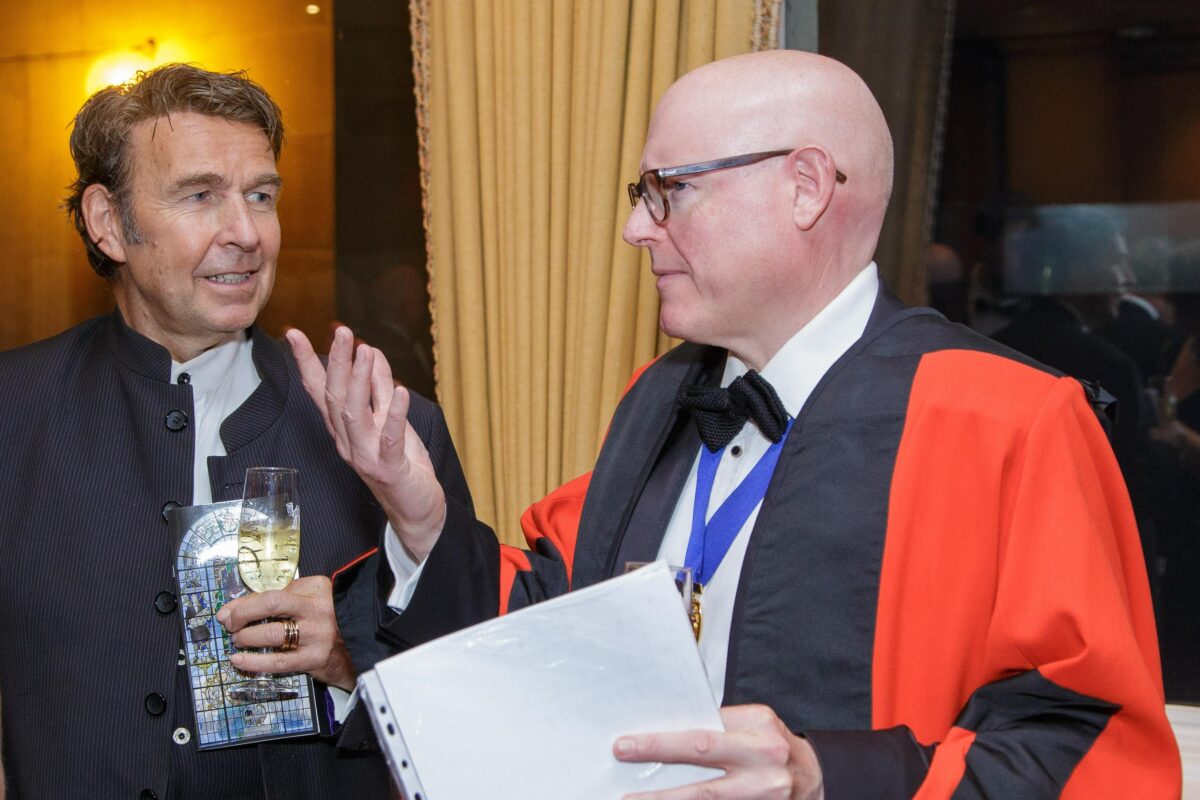 Laurie Chetwood was honoured to be Principal Guest at the recent installation of David Sheehan as Master of The Worshipful Company of Constructors at Grocers’ Hall in the City of London.

The Worshipful Company of Constructors is the only multi-disciplinary City of London Livery Company for professionals working in the construction industry.

The Company was granted Livery by The Court of Aldermen in 1990, followed by a Royal Charter of Incorporation by her late Majesty Queen Elizabeth II in 2010 as the 99th Livery Company in the City of London.

The Company’s Liverymen come from all sectors of the construction trade, including architects, surveyors, engineers, builders, lawyers and accountants. Laurie gave the after dinner address to the assembled guests. 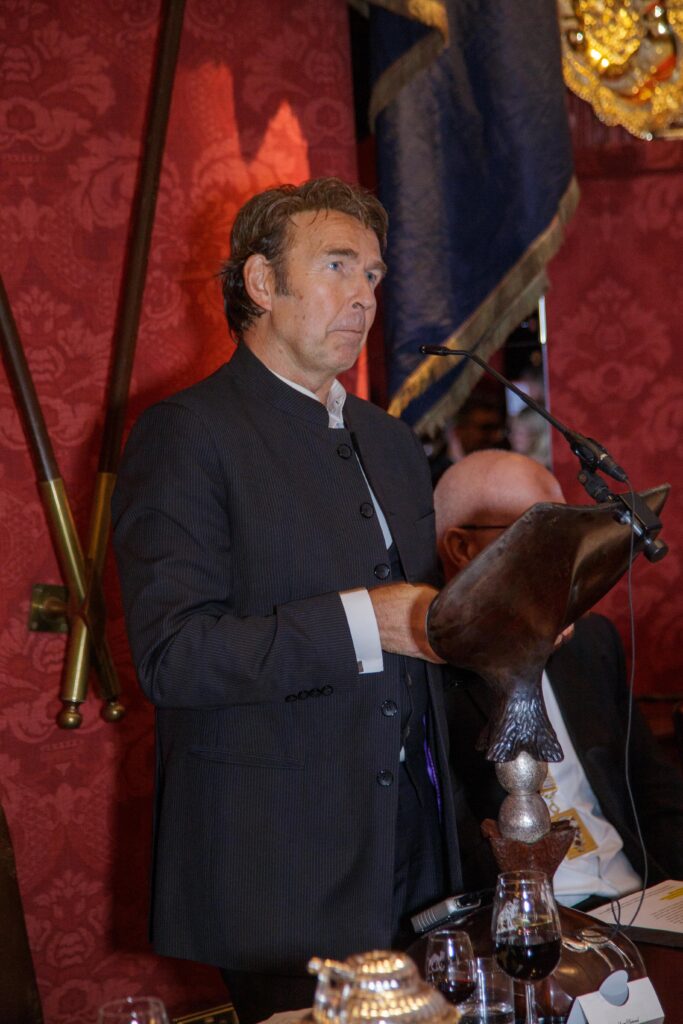 Below is the speech which Laurie presented on the evening, honouring David Sheehan:

It is my great pleasure to speak to you on behalf of David Sheehan, your Master Constructor.

First, by way of some background as to how I met David. My father, Sir Cliff Chetwood was chairman of Wimpey in the late 80s early 90s and he wouldn’t forgive me if I didn’t mention the fact that he was also a past master of the Guild of Freemen of the City of London. He was very proud of this and of his association with the City.

He was a dyed-in-the-wool contractor working his way up from agent through contracts manager and right to the top. As a young lad I witnessed that rise, often accompanying him on to site – which you were allowed to do in those days. It became very clear to me pretty early on that architects weren’t, shall we say, his preferred professionals.

When he asked me after A levels what I was thinking of doing career wise, I said art. There was a long silence and a deep sigh. He suggested architecture instead.

It disappointed me that having lambasted architects throughout my early years, he then suggested I became one. However, I duly followed his advice and did my seven years studying and a further five-years at Scott Brown and Turner and then I set up my own business in 1988.

Chetwoods architects hit the ground running by working for Sainsbury’s straight away and it’s here that I met David Sheehan in his full glory.

At that time, Sainsbury’s was motoring. The huge growth in food retail and supermarkets was incredible. Sainsbury’s was still headed up by the legendary retail giant, Lord John Sainsbury, who was ably supported by the mercurial Ian Coull.

Lord Sainsbury was your quintessential retail aristocrat – absolutely charming when things were going well and ruthless when things weren’t. Ian Coull was a genial man, relaxed and intelligent but a strong leader and no less demanding. Sandwiched between these formidable men and a team of hundreds of consultants producing supermarkets at a rate of two or three a month was David Sheehan.

In effect, with the help of this huge workforce, David was driving Sainsbury’s £5bn property juggernaut around a race track with Asda and Tesco on his tail. All the time he was under the watchful eyes of the two formidable men in the control box.

It’s difficult to understand what a pivotal role David Sheehan played here. In a way he had to adopt some of the qualities of the two ahead of him – he knew how to be diplomatic and charming and yet in turn he needed to be strong and demanding with the workforce he led.

Throughout my career I have personally benefitted from David’s expertise by witnessing how he handles himself. I have followed his example as my own career has progressed. At Chetwoods we are now 100 strong with UK and international offices.

Our current projects include working with the City of London to move the three London markets. We’re also proposing repurposing London’s longest brownfield site, which is six miles long from Paddington to Whitechapel.

In conclusion, the men included in this speech have had a big influence on my professional life as they have set an example that I have tried to follow. Without a doubt I include David in this group. He is a leader, a man of immense charm, great energy and is enormously resourceful. Most of all he has integrity – he’s a man in whom you can put your total trust. 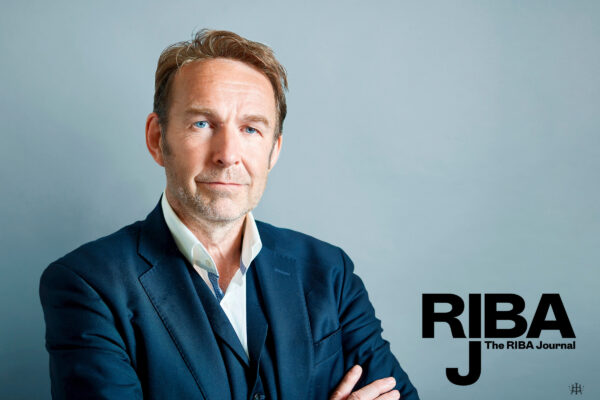 Hindsight: Laurie Chetwood was recently interviewed by the RIBA Journal about pushing boundaries and the importance of combining art, architecture and landscape

Laurie Chetwood talked to the RIBA Journal, as part of its Hindsight series, about pushing boundaries and the importance of... 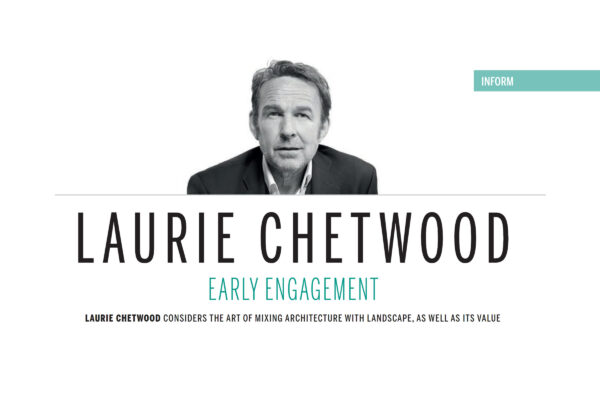 Laurie Chetwood was recently interviewed by Pro Landscaper Magazine about the importance and value that the landscape can add to... 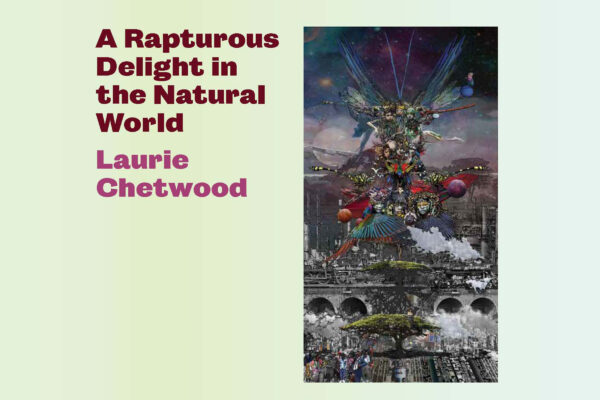 ‘I have been interested in nature and in ensuring that habitat and wildlife species are protected. Natural history and flora...