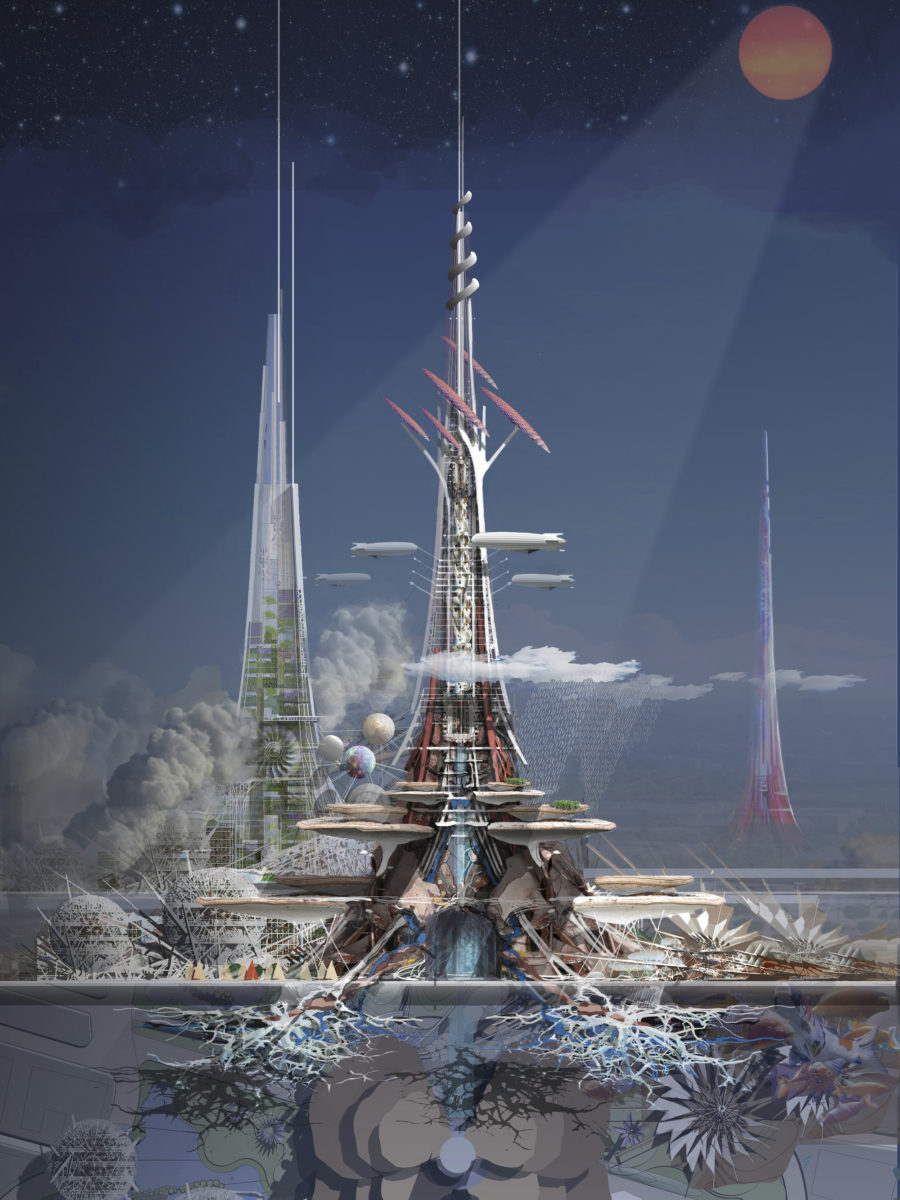 The 1km high Phoenix Towers for the City of Wuhan China, designed by Laurie Chetwood in Chetwoods Studio , to aerate the lakes which are a feature of the city, and clean the air as part of an environmental initiative to improve the health and wellbeing of Wuhan’s citizens.

Exhibited at the Royal Academy Summer Exhibition 2019 and a prize winner in the Architecture Drawing prize 2019, announced at the World Architecture Festival in Amsterdam and exhibited at Sir John Soane’s Museum in London.