The Future of Industrial Warehousing 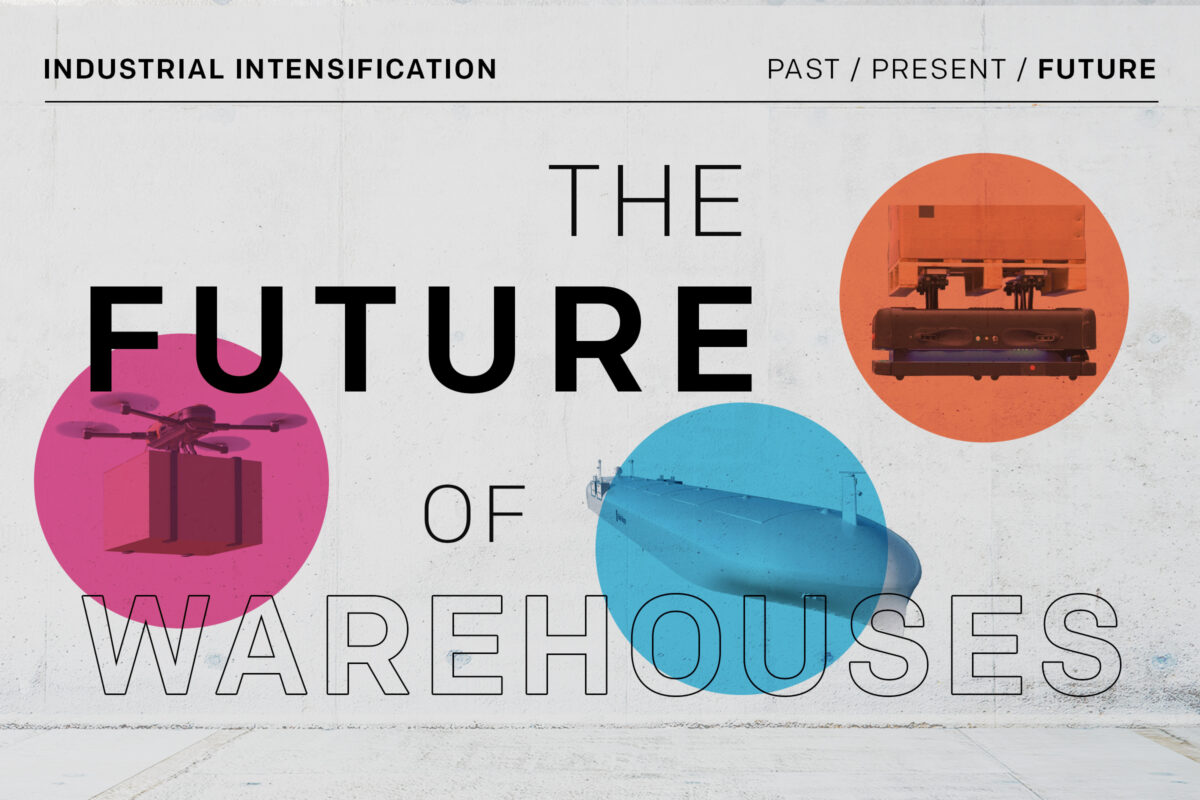 From the Horrea Epagathiana of Ancient Rome, to the Fondaco dei Tedeschi of Renaissance Italy. From the Wharves which lined the rivers of Industrial Britain’s cities, to the massive, technology-driven out of town fulfilment centres which have sprung up over the past few years, and today’s focus on sustainable last-mile delivery urban logistics solutions: warehousing has certainly ‘re-invented the wheel’ more than a few times.

The first article in this series on warehousing looked at the past, the second endeavoured to assess the present, and this final piece looks forward to consider where warehouses could be in the distant – and not so distant – future.

It’s hard to talk about the future of warehousing without addressing robotics. Logistics companies are already pushing the boundaries with what can be achieved with robotics and automation. Across the world fulfilment centres are utilising state-of-the-art automation and robotic technology to push the capabilities of warehousing forward in ways that human labour cannot.

DB Schenker’s fulfilment centre in Leipzig is an example of forward-thinking robotics that takes inspiration from Star Trek. The warehouse has adopted an all-new artificial intelligence logistics system to ‘help around the house’. Named after the three lead characters of the series, ‘Kirk’, ‘Spock’ and ‘McCoy’, the three autonomous, independent, driverless robots supply selected packing stations with pre-prepared folded boxes. DB Schenker have commented that, in the future “it is conceivable that they will fulfil additional supply tasks, empty runs or be directly connected to the conveyor belts in order to directly move goods onto or from the belt”. Xavier Garijo, Director of Contract Logistics at Schenker AG, has said that “Automating logistics and warehouse operations lays the foundations for the next generation of supply chains”. 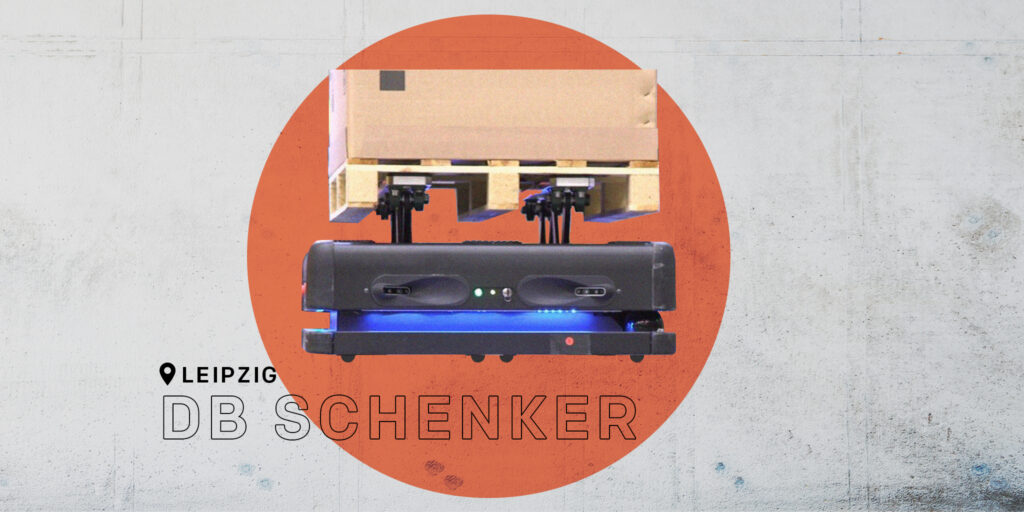 Beyond this, robotics will most likely take the shape of a mix of autonomous drone delivery and autonomous driving. Warehouses will increasingly be required to accommodate drone ‘pick-up’ and ‘delivery’ points, probably being sited on the roofs or separate towers of logistics centres and warehouses. Likewise, at ground level, warehouses will need to be able to comfortably accommodate fleets of autonomous trucks and possibly ways of docking trucks which have been platooned.

With Rolls Royce announcing plans to launch autonomous cargo ships by 2030 , a ‘warehouse at sea’ may not be as impossible as once thought. 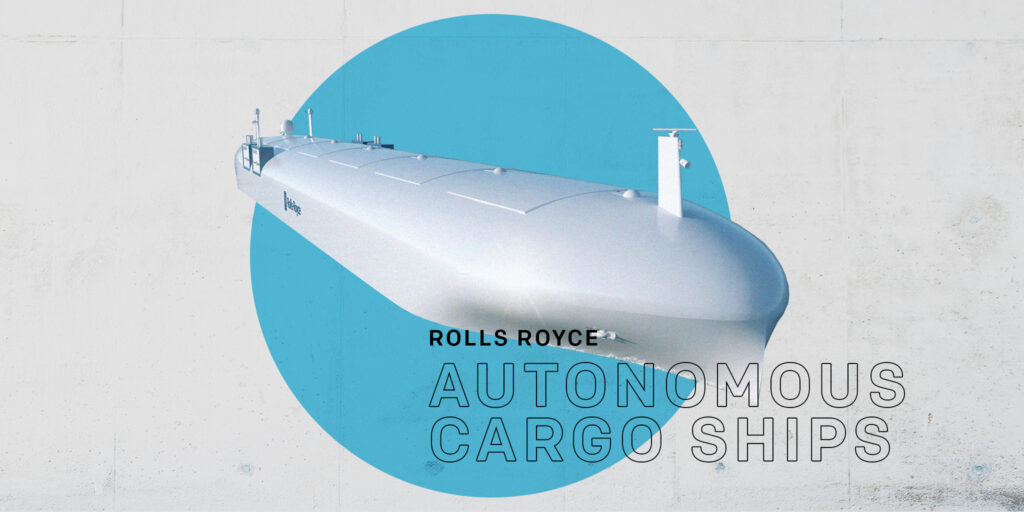 Another key feature going forward will not be a new invention, however, but rather an absolute refinement of a current invaluable asset – data. The future will see improvements in both how data is collected and used, as currently a lot of data captured is just spam which cannot be used for very much at all. Companies such as Amazon are working hard to capture ‘good’ data and create predictive analytics around consumers’ shopping behaviours.

The key takeaway from this is predictive analytics. In essence, Amazon are trying to work out what we want before we even know that we want it, thereby enabling instant gratification for its customers. For instance, when a highly anticipated product which is likely to sell in high numbers is launched – for example a new smart phone or games console – the product will already be in the delivery van before it is purchased. Vans will plan routes in dense cities where they know consumer demand rates are high both for their services and for similar products and ‘anticipate’ the order.

The effect which this may have on warehousing is a reduction in size due to a potential decrease in need. With products going straight from A to C without stopping at B (the warehouse), the transport volumes will not only decrease but the actual size of warehouses may follow suite.

This kind of change may be particularly true in places like China, where same day delivery is quickly becoming seen as the slower option. Deliveries can now be guaranteed in up to one-hour slots in busy Chinese cities and so it may make more sense to have frequently purchased goods in constant transit, enabling drivers to stick to tight delivery demands by virtue of avoiding picking-up and instead just dropping-off.

Another trend which may manifest itself is the increased use of the shared warehouse. Many variables affect warehouses, particularly seasonal demand. Spikes can occur during busy periods, the best examples being Christmas or well-publicised sale days such as Black Friday, where the amount of stock going through the warehouse can drastically increase whilst the number of staff needed to facilitate this goes up in tandem.

By implementing a more collaborative approach between all parties in the supply chain, individually owned warehouses can maintain bigger sizes and higher staffing costs, by opening their doors to other manufacturers to use their space in periods where there is less demand for the owner’s products. The extension from this will be that retailers can collaborate too, organising better delivery routes and localised drop offs, thus reducing fuel costs, monetary costs and carbon footprints. Increased levels of trust will be needed to facilitate this, but this is where the Internet of Things (IoT) comes into action. 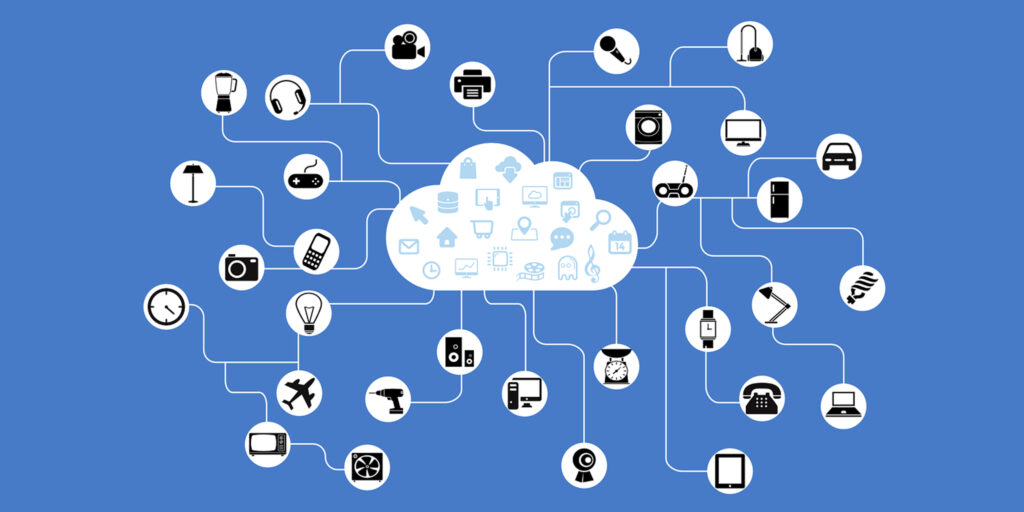 The Internet of Things allows individual devices to communicate, in real time and without human aid. In this communication, the devices can collect and share live data useful to the logistics and warehousing processes. IoT not only brings real time updates, but also increases transparency and accountability for every party in the chain – manufacturer, retailer and delivery driver. This will allow companies to engage in more co-operative, shared operations with any elements of mistrust quickly eroded via technological transparency.

As with all businesses, one of the main goals for future warehousing will be to reduce costs. As has already been mentioned, robotics and AI will reduce the cost of manpower, but other smaller building design elements will probably change. For example, lighting currently accounts for one of the biggest cost elements in warehouse operation, and so there may be a move beyond timing systems and sensors for LEDs as robots and automation systems become able to operate in the absence of light.

In addition, with the lack of a human workforce, warehouses will seldom have to regulate the heating to human standards. An optimum temperature will of course have to be maintained to guarantee products keep their integrity, but this will be well below human comfort levels, thus saving again on the bills.

It’s not all doom and gloom for the human race however. While there may be a reduction in the number of employees needed to operate within the warehouse, more jobs will open up – perhaps working from home – where people will use digital twin systems to monitor and remotely fix problems with technology and machinery inside the warehouse. At Chetwoods our Works team are exploring the use of Digital Twins with clients and developing project prototypes to test the use of real time sensors to capture the CO2, humidity and temperature levels. 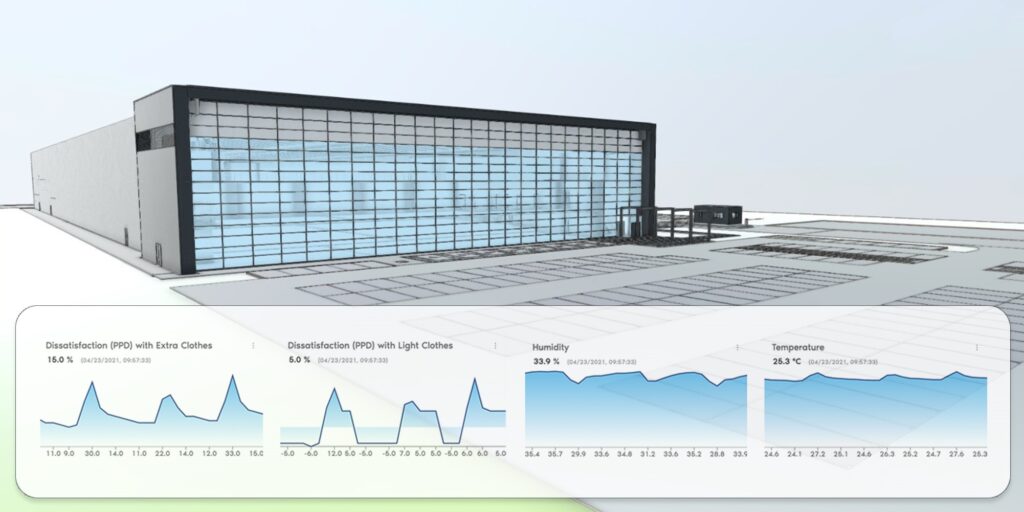 It is clear that warehousing has come a long way in the past 2000 years. Viewed via a historical lens it can been seen as something that is constantly reflective and reactive, often at the forefront of – both driven by and driving – technological and mechanical progression and revolution. Until humans can have factories in their homes, warehousing and logistics will both be needed, and will continue to evolve and be stress tested for improvements.

For now, the immediate future of warehouses concerns itself mainly with robotics and AI. 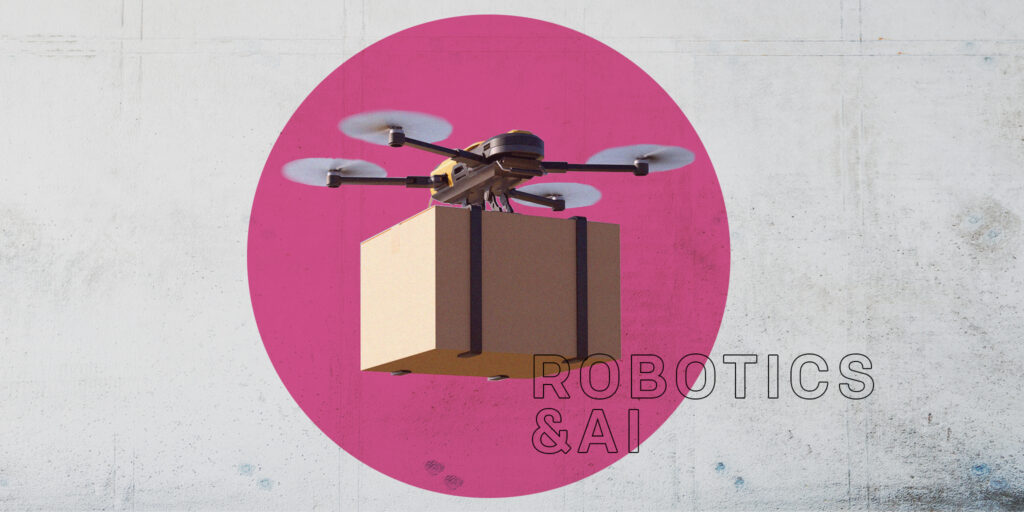 If projects such as Space X and Blue Origin are anything to go by, however, in a possibly not so distant future we may see logistics chains and warehousing literally evolving to new levels in response to advances in technologies, materials and human activities such as space travel and satellite warehousing.

Even one hundred years ago, one would have struggled to believe that in 2021 pilotless drones, driverless trucks and robotic automation would be topics of discussion in the development of warehouses. This begs the question – what will we be discussing about warehouses in 2031? 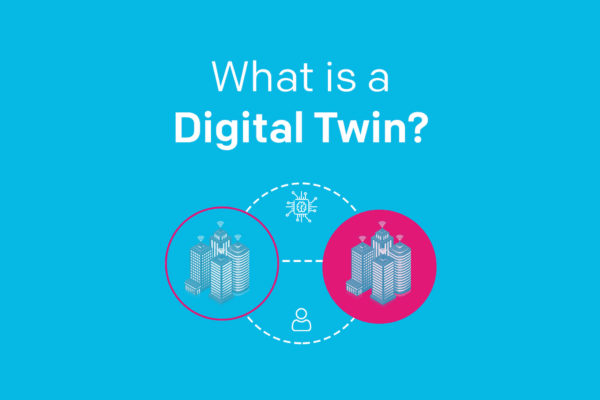 Chetwoods Works: Digital Twinning at a City Scale in Times of a Pandemic Crisis

Chetwoods Works has been conducting research to develop its understanding of how buildings can impact human wellness and health with... 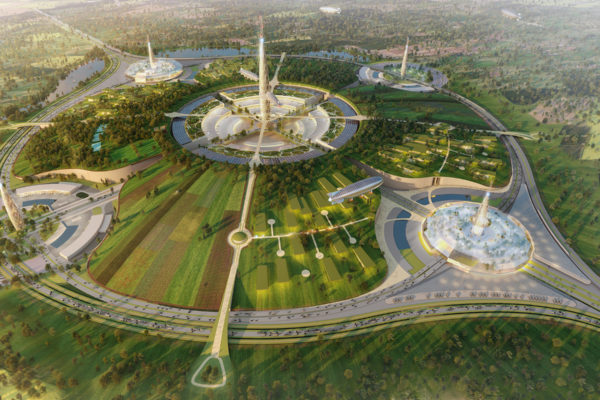 Shed of the Future – E-Hive

With over 30 years’ hard-earned experience in the industrial and logistics sector, we’re considered to be industry leaders. We design... 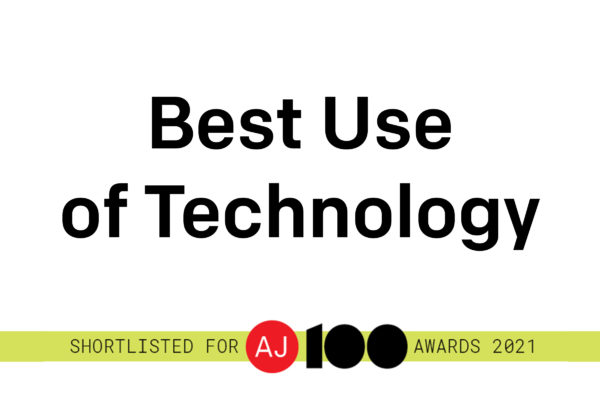 We are delighted that our Works team has been shortlisted for the AJ100 Best Use of Technology Award – our...