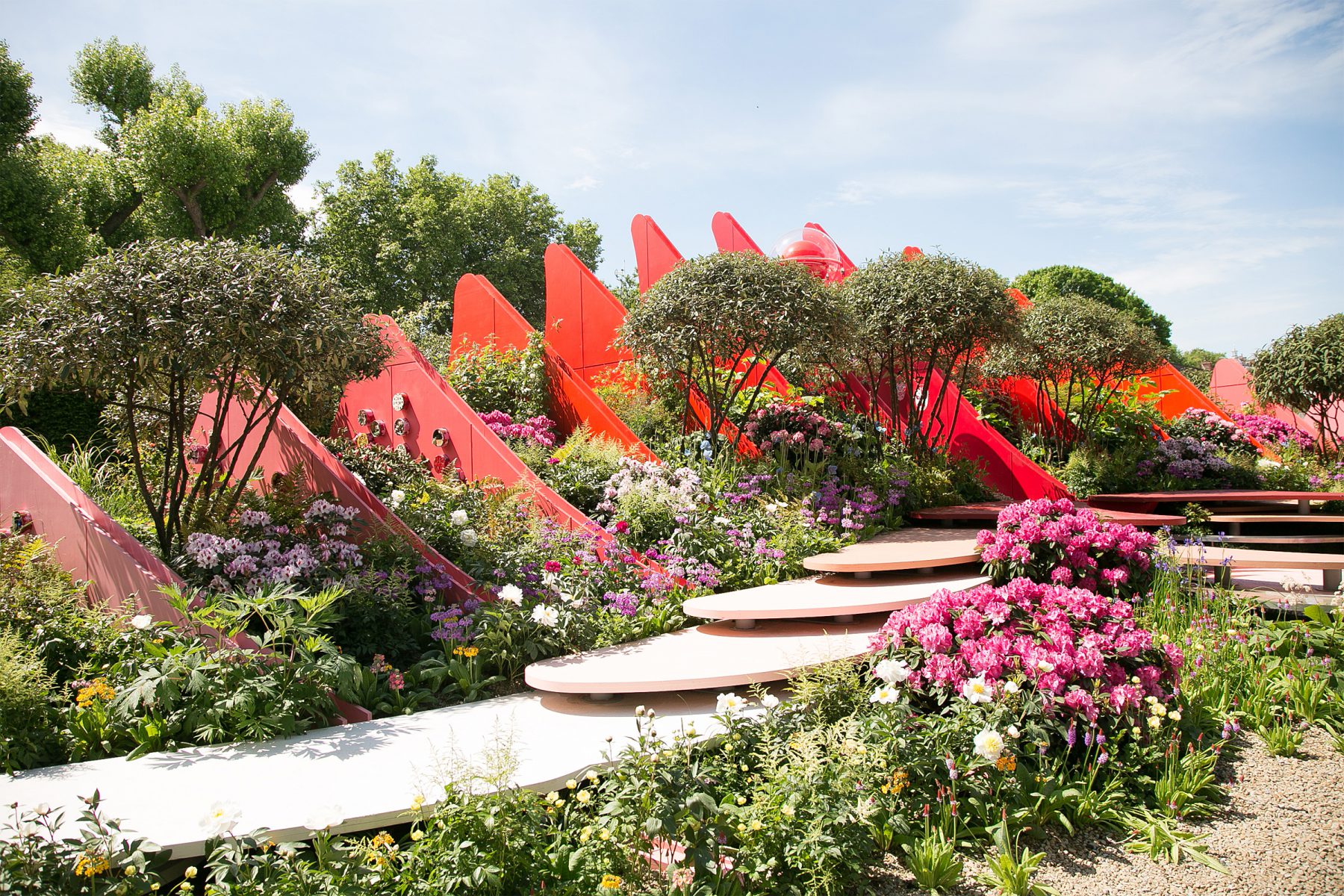 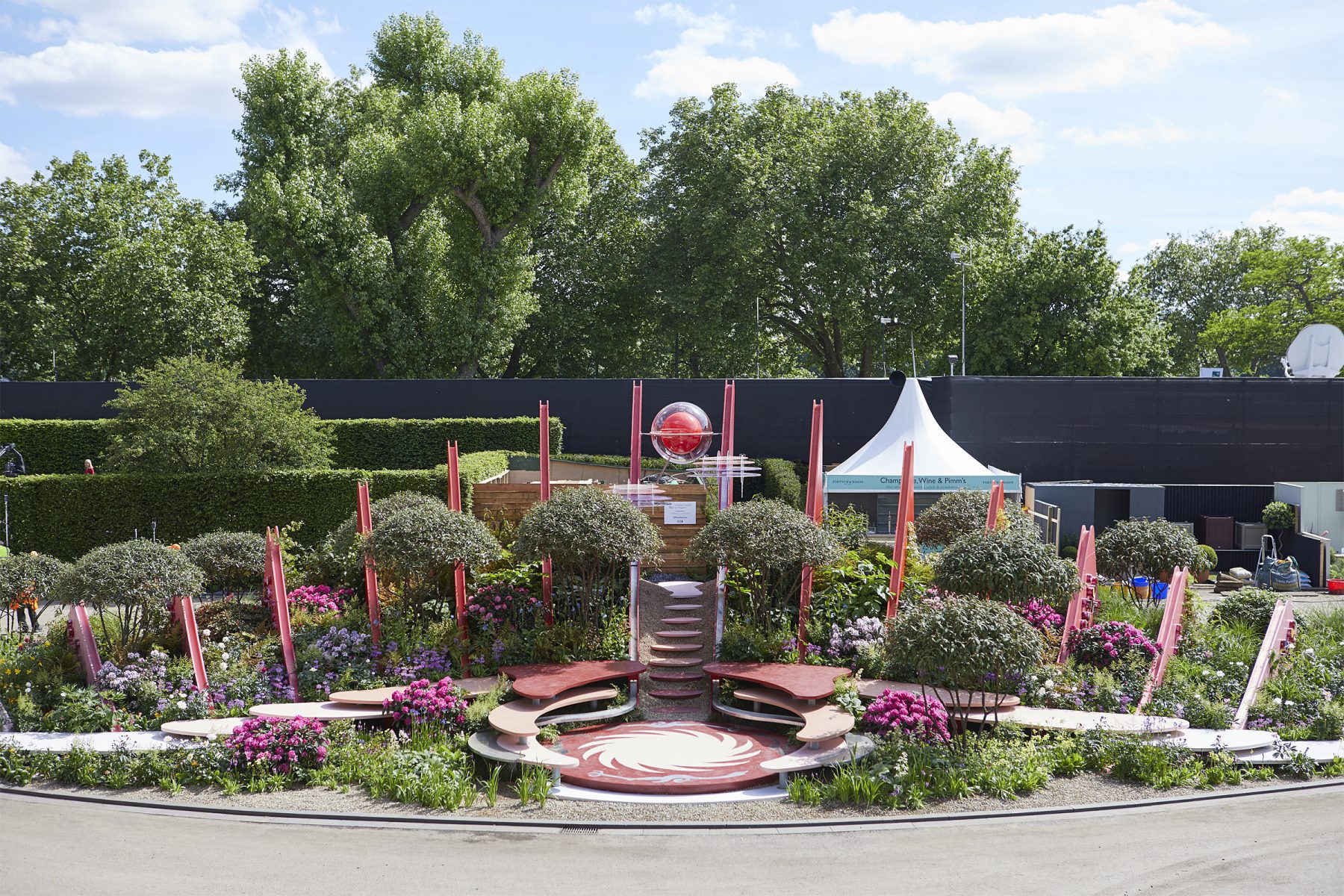 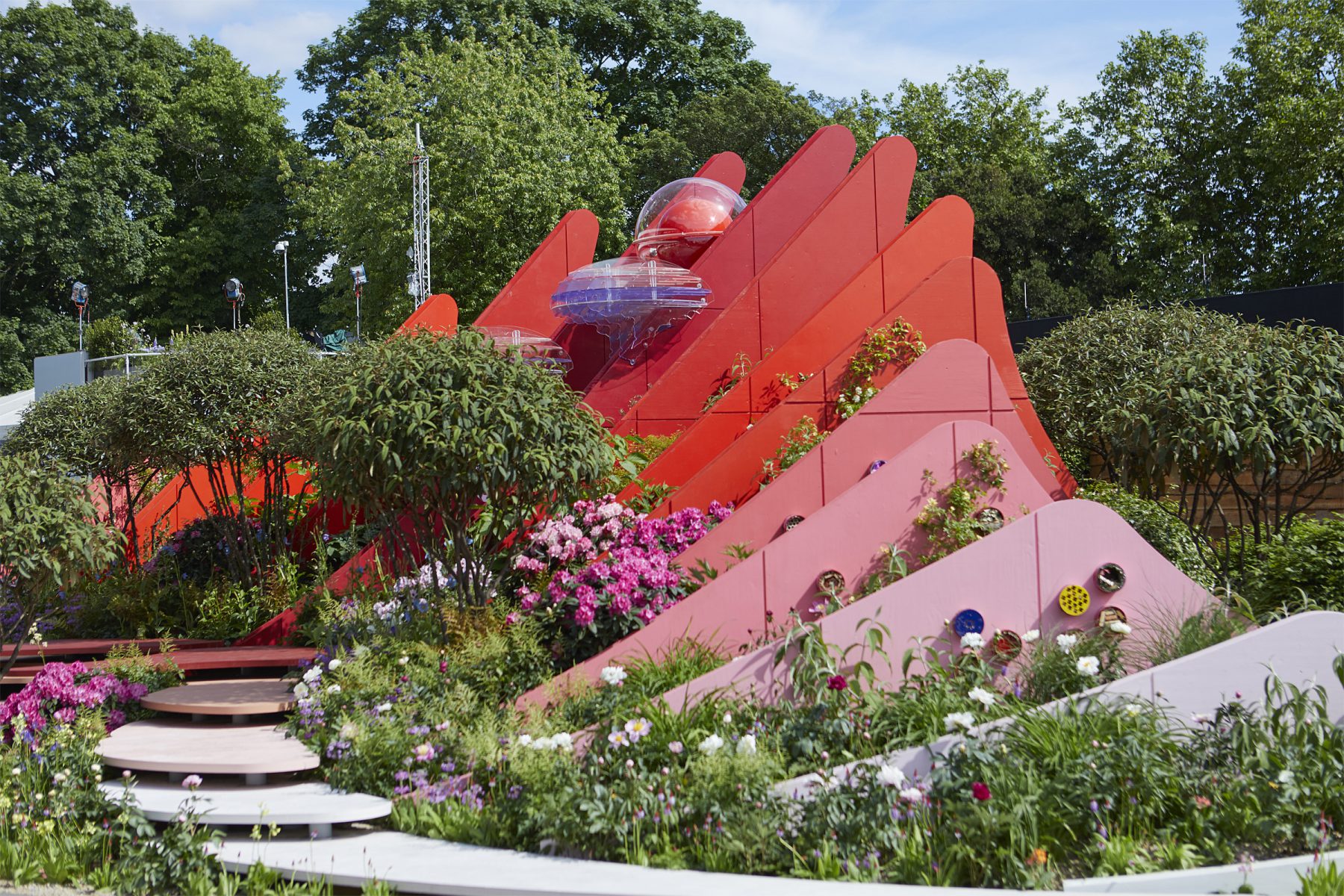 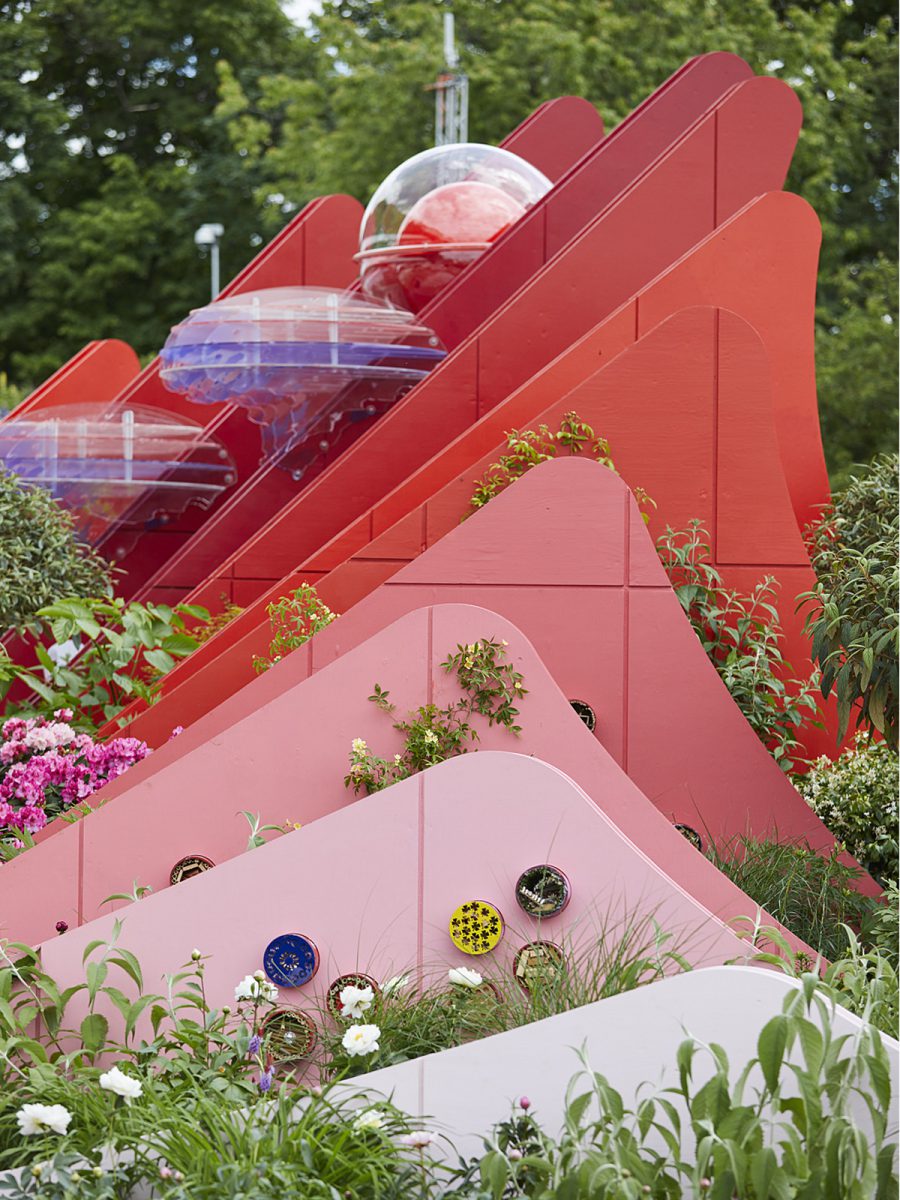 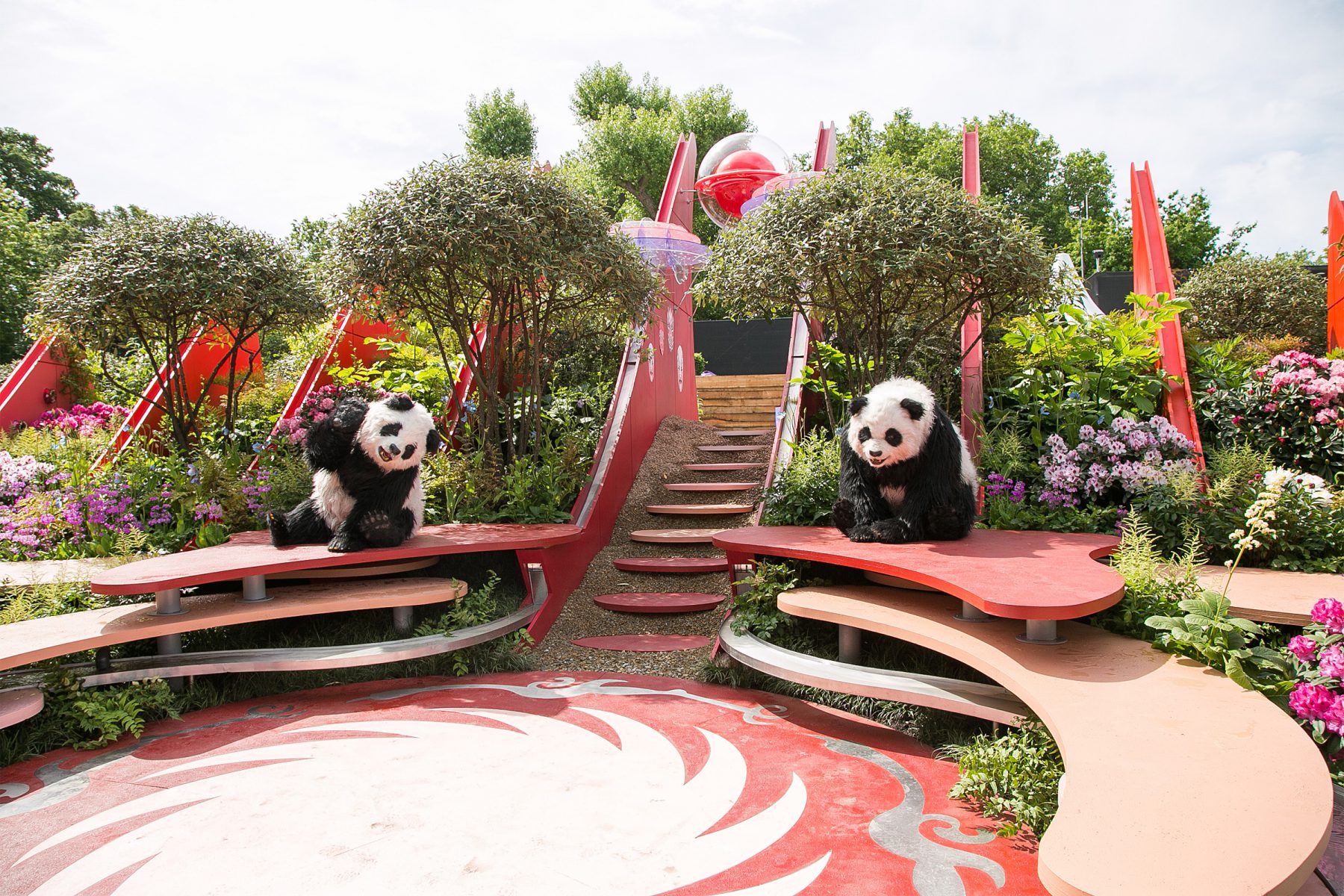 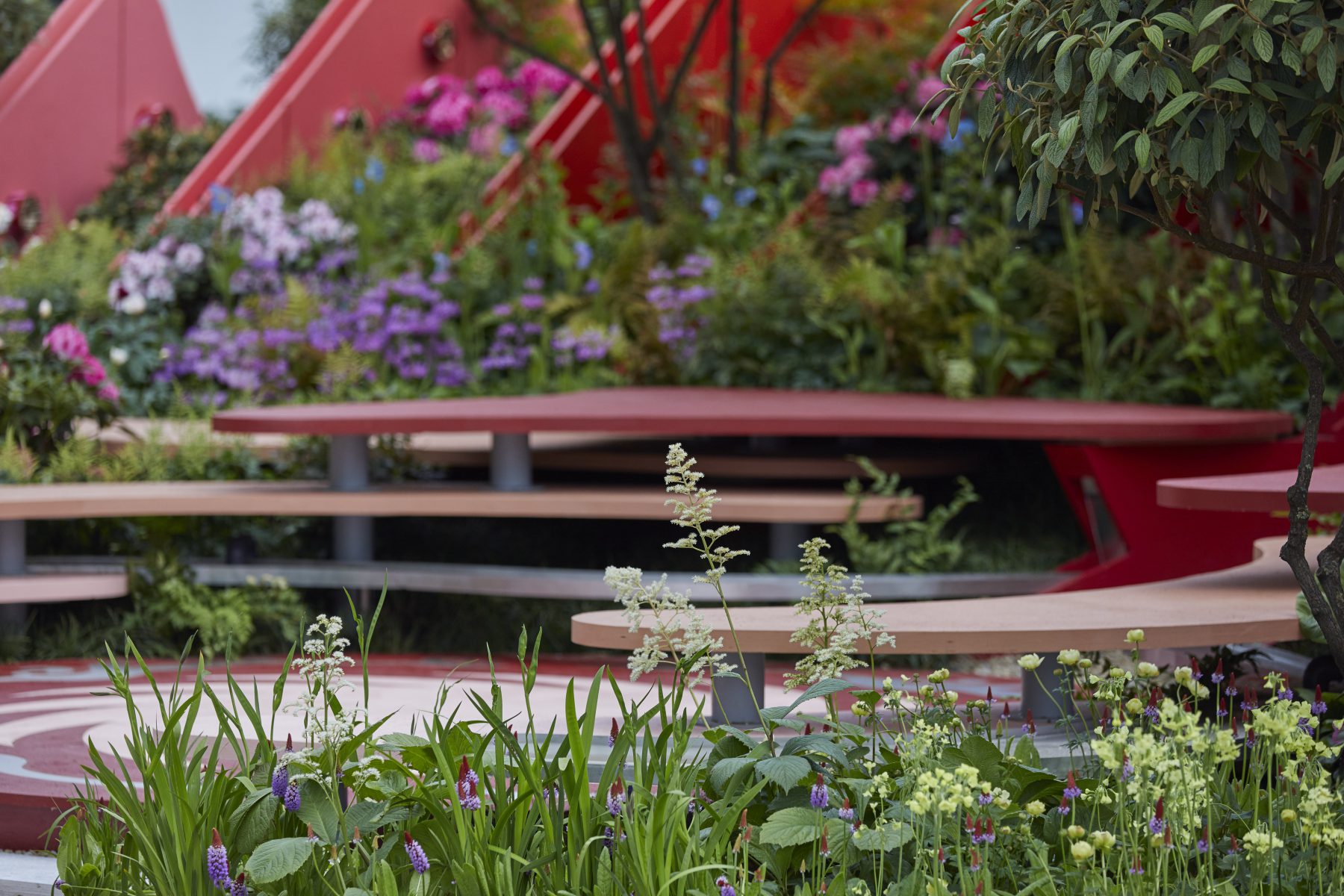 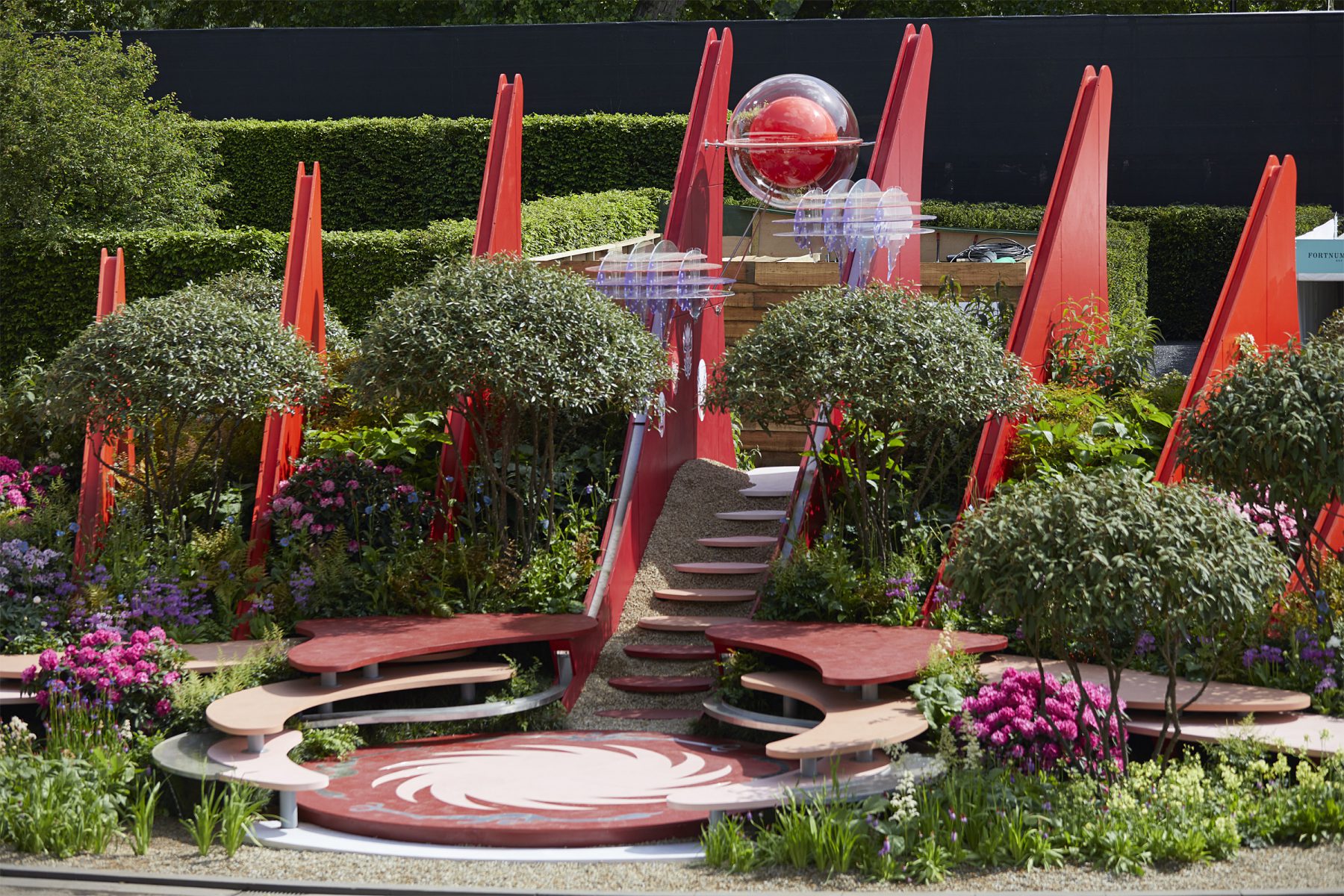 Laurie Chetwood collaborated with landscape architect Patrick Collins to design a fourth Show Garden for the Triangle Site at the RHS Chelsea Flower Show in London.

The design combined architectural and planting design in a conceptual East-West landscape, with a dramatic ‘Silk Road’ linking the various elements of the garden. The capital of the ancient Shu kingdom 3,000 years ago, since ancient times Chengdu has been known as ‘the Abundant Land’ owing to its fertile soil and favourable climate. The Silk Road Garden reflected this rich history and culture.

The design of the garden took full advantage of the multiple viewpoints that are a unique feature of the Triangle Site in the Chelsea Show Ground. Using architectural 3-D modelling software more commonly seen in the design of buildings, the structure was developed as a pre-fabricated modular concept that took into account the location of a vulnerable mains sewer under the site, and the requirement of the Sponsor – the Chengdu Government – for the garden to be dismantled and delivered to China after the event to launch a major gardens initiative in the City of Chengdu.